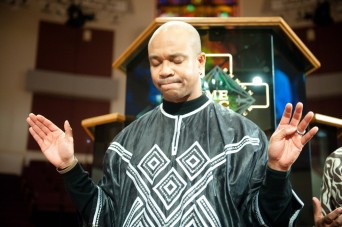 On Friday, September 21 at 11am, a coalition of prominent African-American pastors and clergy from around the country will hold a press conference at the National Press Club to announce their support for marriage equality legislation, and in particular, the Civil Marriage Protection Act in Maryland. The group will urge Marylanders to vote “Yes” on Question 6 of the Maryland ballot referendum.

According to the group’s convener, the Rev. Delman Coates, Senior Pastor of the Mt. Ennon Baptist Church in Clinton, MD, “The group of pastors that will assemble have a range of personal religious views and church practices as it relates to same-sex marriage. Some perform same-sex marriages and others do not. And yet, we stand united in the conviction that the role of the state is to protect the equal rights of all its citizens and should not codify discrimination as a matter of law and public policy.”