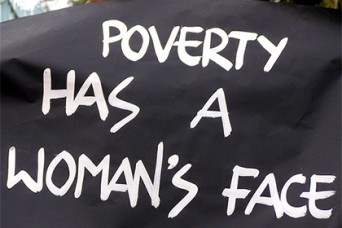 Editor’s note: This week, the Washington Blade kicks off a special yearlong focus on poverty in the LGBT community. The occasional series will examine the problem with special reports from D.C. and around the country. To share your ideas or personal story, visit us on Facebook or email knaff@washblade.com.

As the 50th anniversary of the U.S. war on poverty launched by President Lyndon B. Johnson in 1964 is commemorated this year, LGBT advocates are pointing to little noticed studies showing that the rate of poverty in the LGBT community is higher than that of the general population.

In a 2013 report analyzing data from the U.S. Census Bureau and other data measuring poverty in the United States, the Williams Institute, a research arm at the University of California Law School in Los Angeles that specializes in LGBT issues, concludes that rates of poverty are higher than the general population among gay men and lesbians between the ages of 18-44 and gay men and lesbians living alone.

The report shows that couples — both gay and straight — tend to have a lower rate of poverty than single people and the population as a whole. But it found that the poverty rate for lesbian couples is higher than that of gay male couples and opposite-sex couples and the poverty rate of same-sex African-American couples is higher than it is for opposite-sex African-American couples.