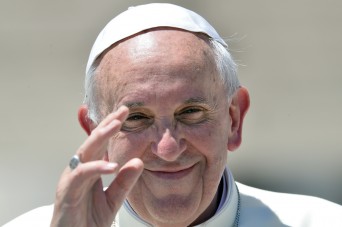 Pope Francis has had a busy week at World Youth Day in Rio as he visited his slums and prisons, blessed the Olympic flag and brought three million people to Copacabana Beach for a final Mass on Sunday morning.

Now he has made another headline, this time when the pontiff said, “Who am I to judge a gay person?”