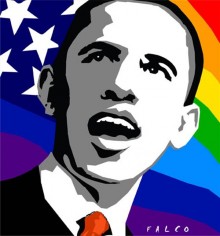 A new poll commissioned by Logo TV found that the economy ranks as the top issue among LGBT voters going into the presidential election.

Eighteen percent of the 1,190 self-identified LGBT voters whom Harris Interactive polled on behalf of the network between Aug. 10-15 listed the economy as their primary concern. Fourteen percent of respondents indicated unemployment and jobs as their top priority going into November, while health care ranked third with 12 percent. Nine percent of respondents listed “gay rights in general” as their top priority, while only six percent said marriage rights for same-sex couples is the most important issue.

The poll found that the economy, unemployment and jobs and health care are also the top three issues among 1,367 “general population voters.” Eleven percent of these respondents listed the federal budget deficit as the most important issue. Only one percent said gay rights and nuptials for same-sex couples were their top priorities going into November.