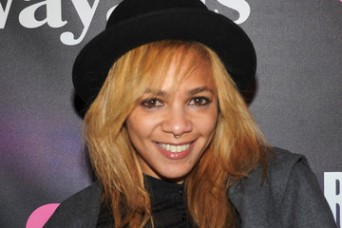 We know Po Johnson as the sassy, free spirited reality star with the devil may care attitude on VH1’s “La La’s Full Court Life.” Her music career has been kicking off with her latest song “This Is My Ish” featuring hip hop artist Maino and her upcoming album “The Diary of a Love Drunken Monkey” releasing this Fall. The lesbian singer-songwriter holds nothing back in her music and in front of the camera.

Like many of her catchy songs, “This Is My Ish” was inspired by a real life experience at a dance club in New York while she was out with Lala Vasquez and an entourage of friends. “I was going outside to go to the bathroom and I was trying to get back in the VIP area, not because I wanted to be in the VIP area, but because I wanted to hang out with my friends and so everybody was in the VIP area and the security guard was like ‘you can’t come back in’ and I’m like ‘dude I was just in here,’ and he says ‘no you can’t come back in,’” recalls Johnson.