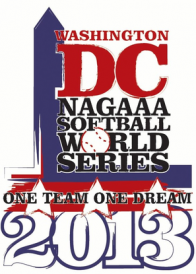 BY WILL OWEN
Washington Blade

The annual Gay Softball World Series, organized by the North American Amateur Athletic Association, is returning to D.C. after 10 years and is expected to be the biggest tournament the organization has ever hosted. The opening ceremonies begin Monday with the tournament to be held Tuesday through Saturday.

“We have over 156 teams confirmed and it will be the largest World Series ever,” says Wayne Williams, co-director of this year’s tournament. “We’ve had tremendous support from the LGBT community and the city itself. The city’s been our partner from the beginning.”

Gay softball teams from all over the U.S. and Canada participate in the Association’s Gay Softball World Series each year. The games are free to attend and this year’s expected turnout is between 3,500-4,000 spectators and participants. The Association is technically a co-ed organization, but the majority of its teams are all male.