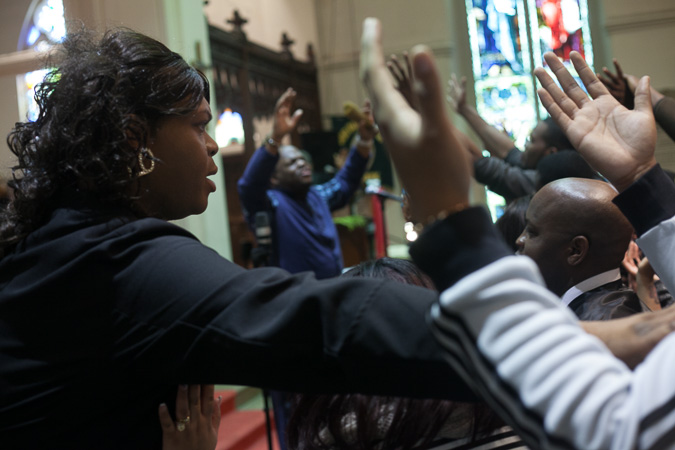 One story central to the film uses spirituality as a pillar. Image via PierKidsTheLife.tumblr.com

A new documentary titled “Pier Kids: The Life” by director Elegance Bratton is attempting to provide visibility to the plights and struggles of the LGBT youth of color who gather in public spaces, like the area surrounding Christopher Street in New York’s Greenwich village, particularly in wake of rapid gentrification and privatization of the surrounding area.

The attempt to force young, often homeless queer people of color out of these spaces has become an issue taken up by advocacy organizations such as FIERCE, who developed the “Save Spaces Saves Lives” campaign in an effort to preserve the Christopher Street Pier area as a public safe space for LGBT youth. Bratton’s film attempts to generate a dialogue about what could be done to fix the reality that the streets are often safer spaces than homeless shelters for queer youth, and evidence problems surrounding the lack access to healthcare for these individuals, particularly those suffering from HIV/AIDS.

According to a report released last year, 40 perfect of homeless youth are LGBT.

The learn more about “Pier Kids: The Life” or help fund the initiative, check out the project’s website.