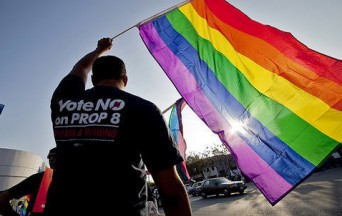 The Supreme Court has rejected a petition from an anti-gay marriage group to halt same-sex weddings in California. Theodore J. Boutrous Jr., one of the attorneys who challenged California’s gay marriage ban in federal court, told the Los Angeles Times on Sunday that Justice Anthony Kennedy had denied the petition by Proposition 8’s sponsors to put an immediate hold on all gay weddings in the state. According to Boutros, Kennedy did not comment on the decision.

“We have never before upheld the standing of a private party to defend the constitutionality of a state statute when state officials have chosen not to,” Chief Justice John Roberts wrote in the Supreme Court’s majority opinion. “We decline to do so for the first time here.” The Ninth Circuit’s order came as a surprise to many, as the three-judge panel had previously said it would wait to lift the hold for 25 days.