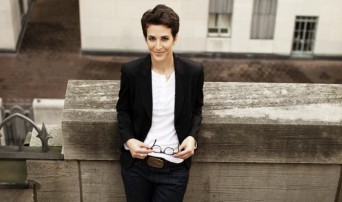 A nonprofit LGBT rights organization has called for NBC to make Rachel Maddow part of the network’s Sochi 2014 Olympics coverage.

Truth Wins Out launched a petition earlier this week urging NBC to name Maddow as a “special human rights correspondent” to ensure “fair and accurate coverage” of the Sochi games. The petition read:

“NBC’s Olympic coverage has long featured myriad human interest pieces, about the athletes competing, and about all aspects of life in the home nation. There is more than enough time in prime time Olympic coverage for hard-hitting pieces exposing the reality of what LGBT people, political dissidents and other minorities face every day under the Putin regime.

Rachel Maddow is one of the most respected television journalists in the United States, with a reputation for being thorough, fair, informative and entertaining.”