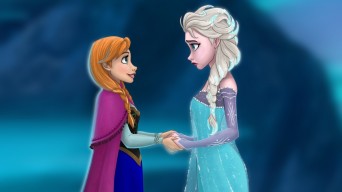 Is Disney using animation to indoctrinate children into homosexuality and bestiality? That’s the assertion made by a conservative radio show host.

According to Right Wing Watch, Pastor Kevin Swanson hypothesized about the subliminal message Disney may be delivering with the storyline in “Frozen.” The film, which has grossed more than $1 billion worldwide and won two Oscars, tells the tale of a fearless princess who sets off on an epic journey alongside a rugged, thrill-seeking mountain man, his loyal pet reindeer and a hapless snowman to find her estranged sister. The moral is that true love is between sisters not a woman and a man.

“Man, how many children are taken into these things and how many Christians are taking their kids off to see the movie ‘Frozen,’ produced by an organization that is probably one of the most pro-homosexual organizations in the country?” Swanson said in the broadcast. “You wonder sometimes if maybe there’s something very evil happening here.”

“Friends, this is evil; just evil,” Swanson told co-host Steve Vaughn of the movie, adding, “I wonder if people think: ‘You know, I think this cute movie is going to indoctrinate my 5-year-old to be a lesbian or treat homosexuality or bestiality in a light sort of way.'”

Swanson didn’t cite any specific dialogue or scenes from the movie in making his claims.

The conservative pastor made headlines late in 2013 when he asserted that the Girl Scouts promote lesbianism and abortion.