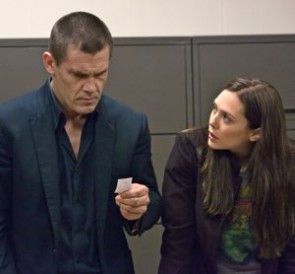 In Spike Lee’s “Oldboy” viewers are in for an exciting and suspenseful look into a world of incest, violence and mystery. The film follows an alcoholic businessman Joe Doucett (Josh Brolin), with a neglected wife and three-year-old daughter. Also co-starring in the film is Elizabeth Olson who plays Marie Sebastian an over caring volunteer worker. Samuel L. Jackson play’s the lead protagonist’s henchman.

The film takes off as Brolin’s character is captured, imprisoned in a makeshift motel room and then framed for the murder of his wife. For 20 years he is fed dumplings and white rice never seeing the light of day. The only images he sees of the outside world come from a television that airs the events he is missing. Events such as Hurricane Katrina and 9/11, in addition to an annual crime special on the murder of his wife and lone child, all begin to define his psychological transformation.

Viewers witness the journey of Joe Doucett’s life in the past, present and future. From the start of his alcohol-fueled pre-capture to his years of solitude, we witness the transformation of this drunk into a super sober, physically cut sexy Josh Brolin who is overcome with a desire for vengeance.

“Oldboy” is a remake of the 2003 Korean film Oldeuboi directed by Park Chan-Wook. In Lee’s version viewers are in for an equally action-packed, jaw-dropping experience.

“Oldboy” is now available on DVD.