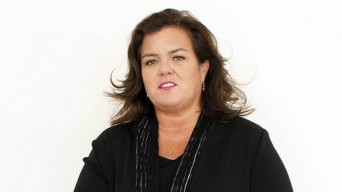 According to a Twitter announcement from “The View”, actress, comedian and talk show host Rosie O’Donnell will be returning to the show this fall. O’Donnell previously served as one of the show’s hosts during a nine-month stint on the 2006-2007 season.

While O’Donnell hasn’t officially responded to the report — she’s vacationing with her family in Florida — she did retweet a link to a story by Variety announcing her return.

O’Donnell’s prior engagement on the morning talk show was during its 10th season, one during which she often was at odds with conservative co-host Elisabeth Hasselbeck who now works for the Fox News Channel as a co-host on “Fox and Friends.”

Hasselbeck broke from her own vacation to call in to Fox to express her displeasure with O’Donnell’s return, calling her former co-host someone who had “”spit on the face of military” and “spit in the face of her own network.”

Following the retirement of Barbara Walters last May and with both Jenny McCarthy and Sherri Shepherd slated to depart “The View” this summer, ABC still has two more seats to fill alongside O’Donnell and returning host Whoopi Goldberg.