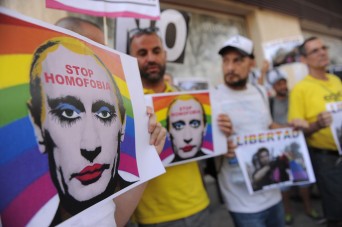 President Obama is set to meet with a group of human rights advocates in Russia on Friday, including representatives of LGBT rights groups and many observers are hopeful that he will take the opportunity to express continued opposition to the country’s controversial anti-gay propaganda law.

During a stopover in Stockholm on Wednesday, Obama expressed solidarity with Sweden during opening remarks at a news conference by saying both the Nordic country and the United States have a shared belief in equality under the law, including for gay citizens.

“We share a belief in the dignity and equality of every human being; that our daughters deserve the same opportunities as our sons; that our gay and lesbian brothers and sisters must be treated equally under the law; that our societies are strengthened and not weakened by diversity,” Obama said.