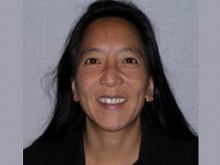 President Obama nominated on Thursday an out lesbian to a New York district court who, upon confirmation, could become one of a handful of openly LGBT people to sit on the federal bench.

Obama named Pamela Ki Mai Chen, an assistant U.S. attorney who has experience as a trial attorney, to serve on the U.S. District Court for the Eastern District of New York. In addition to being one the few openly LGBT people to serve on the federal bench upon confirmation, she would be the second female Chinese-American judge in history.

In a statement, Obama said, “I am proud to nominate this outstanding candidate to serve on the United States District Court bench. Pamela Chen has a long and distinguished record of service, and I am confident she will serve on the federal bench with distinction.”

Read more at the Washington Blade