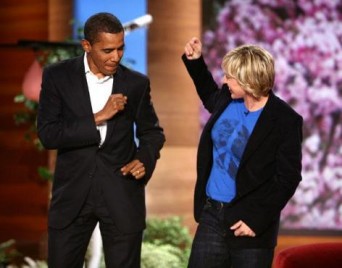 On the heels of his controversial appearance on the Funny or Die web series “Between Two Ferns,” President Barack Obama will be making an appearance on “The Ellen DeGeneres Show” today. The visit will be the first since he was elected President in 2008.

As was the case with the President’s “Between Two Ferns” guest spot, Obama’s primary focus will be t0 encourage people to sign up for health care via the government’s healthcare.org site prior to the March 31 deadline.

A publicist from “Ellen” indicated that the President will be featured in a live shot from the White House, rather than on set with the host.

Watch Barack Obama dance with Ellen during his appearance on her show in 2007.