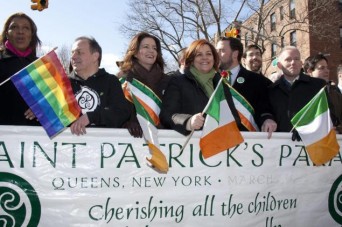 One of them, City Council Speaker Melissa Mark-Viverito, said “The St. Patrick’s Parade should be a time when all New Yorkers can come together and march openly as who they are — but right now that is not the case for the LGBT community.