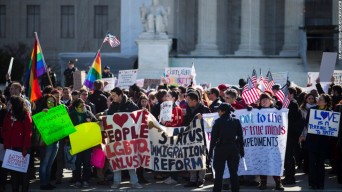 The Supreme Court did not announce decisions Thursday in hotly anticipated cases on affirmative action, the Voting Rights Act and gay marriage.

The court is first expected to make a decision on Fisher v. University of Texas, challenging the university’s affirmative action policy in college admissions. The justices then will likely rule on the constitutionality of Section 5 of the Voting Rights Act along with decisions on the Defense of Marriage Act and California’s gay marriage ban, Proposition 8.