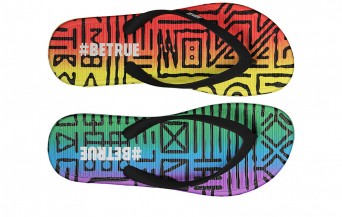 Sports icon Nike pledged its commitment to promoting LGBT equality in sports when it launched the #BeTrue line of shoes and other sports paraphernalia in June 2012. Rather than use the merchandise and advertising campaign to merely raise awareness, the company pledged that all proceeds from the line would be donated to the LGBT Sports Coalition — and in October 2013, they followed through on that promise with a $200,000 donation.

According to Campus Pride, an affiliate of the coalition, Nike’s contribution “is the first donation made to the Coalition, and it’s the largest donation ever made by the Nike LGBT & Friends employee network.”