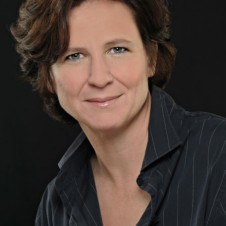 It is with deep regret that writer/director Nicole Conn announced that she will not attend Brighton UK’s iConn Convention scheduled for January, 2014 due to the deteriorating medical condition of her son, Nicholas.

Nicholas was born 100 days early and weighed one pound at birth. Nicholas’s health has significantly declined this year; he has suffered four bouts of pneumonias and multiple infections since last December.

“The thought of disappointing my fans is heartbreaking” said Conn. “I take very seriously my moral and ethical obligation to my film family and supporters as I have done for the past 25 years. Unfortunately, I do not have a crystal ball with respect to Nicholas’ health so while I am devoted to my fans and committed to my film projects, my children must always come first”.

The iConn convention was to screen Conn’s films and feature open casting for “She Walks in Beauty” (a film to be based on Conn’s book by the same title); currently the convention is slated to be held in Brighton, UK on January 10-12, 2014.

The iConn convention organizer is determining whether to continue with the convention, and will make an announcement soon. In the meantime, those who have purchased tickets can direct inquiries to contact@shewalksinbeautymovie.com.

The director of “Claire of the Moon,” “Elena Undone” and “A Perfect Ending” documented the extreme challenges facing Nicholas in the critically acclaimed and multi-award winning documentary, “Little Man.”