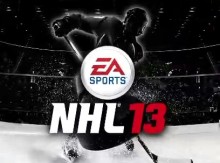 Last year EA Sports put out NHL 12 and when they received a letter from a teenage girl in Buffalo, New York who was frustrated that the game wouldn’t allow her to create a female player the company responded by making downloadable package that would allow players to do just that.

This year the game makers are going a step further. NHL 13, which comes out September 11, will feature two women in the legends section which also features the likes of Wayne Gretzky, Mario Lemieux and Domink Hasek. Haley Wickenheiser and Angela Ruggiero will be the first two women featured in the game.