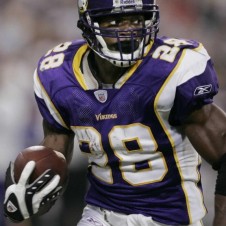 Minnesota Vikings running back Adrian Peterson has said having an openly gay teammate “really wouldn’t bother me that much” but admits that it could make him uncomfortable in certain situations. These comments come more than a week after he said that gay marriage is “not something I believe in” during a radio interview.

Speaking to the Oklahoman on Monday, the reigning NFL Most Valuable Player talked about the aspects of having an openly gay teammate that could make him “uncomfortable.”