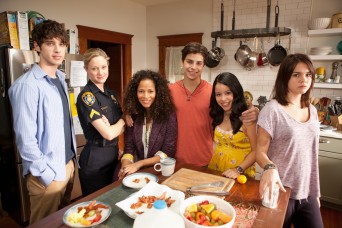 The stars of ABC Family’s new show “The Fosters” have found nothing about their onscreen lesbian relationship awkward thus far. In fact, Teri Polo, who plays Stef Foster, told Us Weekly that, “It’s the most comfortable role I’ve had in 27 years of acting.”

Neither Polo nor Sherri Saum, who plays Foster’s partner, Lena Adams, had hesitations about kissing each other.