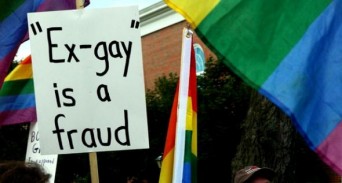 New Jersey Governor Chris Christie on Monday signed a ban on so-called ex-gay therapy for minors, issuing some interesting comments alongside his eleventh hour approval of the bill.

Said Christie in a statement released to the press:

At the outset of this debate, I expressed my concerns about government limiting parental choice on the care and treatment of their own children. I still have those concerns. Government should tread carefully into this area and I do so here reluctantly,” Christie said.