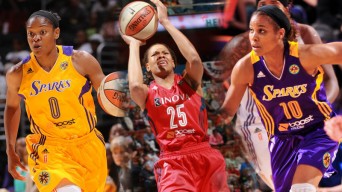 In addition to rookies Elena Delle Donne and Brittney Griner, who last week were voted by fans as starters for the Boost Mobile WNBA All-Star Game, seven other players have been chosen by the league’s coaches to make their first All-Star appearances as reserves, the WNBA announced Tuesday.

The 11th Boost Mobile WNBA All-Star game will be held on Saturday, July 27 at Mohegan Sun Arena in Uncasville, Connecticut. The festivities, which will be hosted by the Connecticut Sun for the third time in franchise history, will be telecast live by ABC Sports at 3:30 p.m. ET.