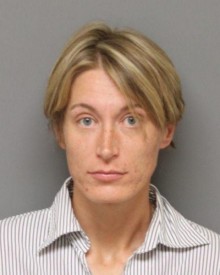 A Nebraska-based woman who claimed to have been the victim of an alleged anti-gay hate crime last month has been charged with making a false report.

The Lincoln Journal Star reports that an arrest warrant for Charlie Rogers was issued after investigators say they found no sign of a struggle in the living room where the 33-year-old claimed she was attacked. She has since been released on a personal recognizance bond after a brief court appearance, the publication notes.