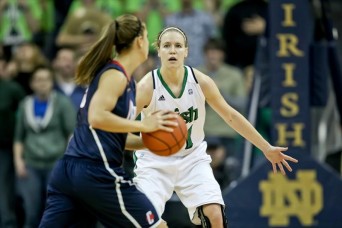 The 2014 NCAA Division I Women’s Basketball Championship is set to get underway and the 64-team dance card is full. UConn, Notre Dame, Tennessee and South Carolina each garnered No. 1 seeds in the tournament which is set to begin Saturday, March 22.

Connecticut (34-0) and Notre Dame (32-0) come into the tourney undefeated, only the second time in Division I women’s basketball history that two teams have entered the tournament with unblemished records. Each won their regular season and conference tournament titles, propelling them into their top seed positions. UConn ruled the American Athletic Conference while Notre Dame took its toll on Atlantic Coast Conference opponents.

Tennessee is the all-time tournament appearance leader, having participated in all 33 NCAA Division I Women’s Basketball Championships. Second on the list is Georgia with 31 tourney entrances. Georgia is the No. 8 seed in the Lincoln bracket atop which sits UConn, the 2013 tournament champion.

Four schools will be “dancing” for the first time as Akron, North Dakota, South Dakota and Wright State all earned their first bid to the NCAAW Basketball Division I championship.

UConn and Tennessee will each be hoping to add to their record eight NCAAW Basketball Championship national titles as action gets started this weekend at 16 locations across the country. 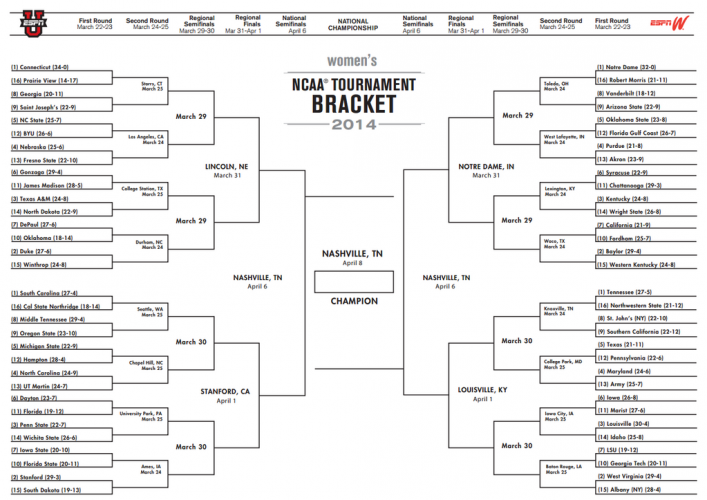