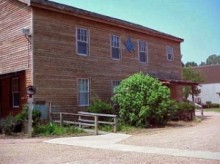 Last month, the taxpayer-funded Mississippi Agriculture and Forestry Museum denied a request by Ceara Sturgis and Emily Key to rent the museum’s Masonic Hall for their commitment ceremony. Citing legal advice from state Attorney General Jim Hood from 2009, the museum argued that because same-sex marriage isn’t recognized in Mississippi, it could deny the couple use of its facilities since it wouldn’t be “legal.” Now, after intervention from the Southern Poverty Law Center, Hood has dispensed new legal guidance.

Mississippi Commissioner of Agriculture and Commerce Cindy Hyde-Smith announced the change, but made it clear she isn’t happy about it.