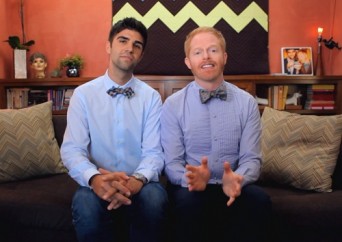 “Modern Family” star Jesse Tyler Ferguson recently took to the web to announce his engagement to Justin Mikita and the launch of a new charity, Tie The Knot, which will benefit LGBT organizations.

In a video publicizing the announcement, Ferguson shamelessly uses a puppy, his stylish bow ties and a catchy ditty (“These are the states with marriage equality”) to promote marriage equality.