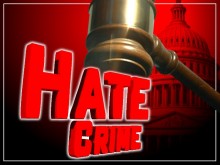 Everett Dwayne Avery, 36, of Detroit, Mich., pleaded guilty in federal court to a federal hate crime, admitting that he assaulted a victim because he believed the victim was gay, the Justice Department, U.S. Attorney for the Eastern District of Michigan Barbara McQuade and Special Agent in Charge of the FBI Robert D. Foley, III announced.

During the time of the plea, Avery admitted that on March 7, 2011, he struck the victim in the face while they were customers at a convenience store in Detroit because he believed that the victim was gay. The victim suffered a fractured eye socket and other facial injuries as a result.