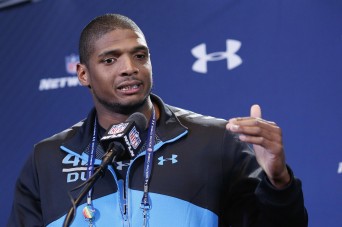 Michael Sam, a first-team All-American defensive lineman out of Missouri, dropped a “Back to the Future” reference on Tuesday when responding to a Republican lobbyist who wants him barred from the NFL. The 24-year-old college football standout recently announced that he is gay and is aiming to become the first out player in the NFL.

Lobbyists? Where Michael Sam is going he doesn’t need the permission of any lobbyists.