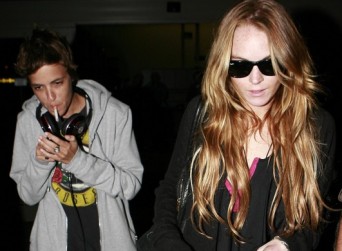 Michael Lohan says he thinks Samantha Ronson is to blame for Lindsay’s downfall.

In an interview with The Dirty’s Nik Richie, Michael broached the topic of Ronson and Lindsay when Richie started talking about the actress’ partying habits and the relationship Lindsay had with her ex, whom she began dating in 2008. Michael says the DJ used his daughter and “dragged her down.”

“Lindsay was in a pretty okay place at the time until she got involved with Samantha,” he said, alleging Ronson received $175,000 for a photo she took of Lindsay passed out in her car. “People use Lindsay like that. And she’s very susceptible… Where’s Samantha now? Do you see Samantha in the press? Do you see her getting press? No! Because she’s not with Lindsay anymore, that’s pretty pathetic!”