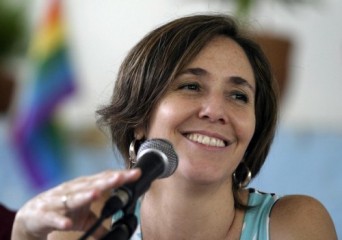 The Intendant of the city of Montevideo, Ana Olivera, declared Mariela Castro Espin an “Illustrious Guest” for her role as a “recognized activist in favor of the rights of women, trans people, and people of diverse sexual orientations” in a ceremony that took place on Tuesday, August 13. Mariela Castro Espin is the director of CENESEX, the Cuban National Center for Sex Education, a celebrated activist for LGBT rights in Cuba, and daughter of current Cuban president Raul Castro

This isn’t the first time that Castro Espin has been recognized for her contributions to the LGBT rights movement. In May of this year, she was awarded the International Ally for LGBT Equality Award at the 2013 LGBT Equality Forum in recognition of her work for LGBT rights in Cuba.