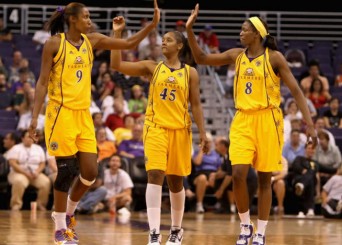 The franchise will remain in Los Angeles and play at STAPLES Center. The WNBA’s 2014 game and television schedule will also be announced this week.