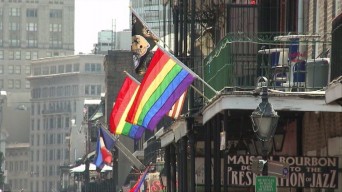 While several governmental institutions have announced that they will recognize LGBT couples on tax returns, Louisiana’s Department of Revenue is refusing to do so because of the state’s constitutional ban.

“Louisiana’s secretary of revenue is bound to support and uphold the Constitution and laws of the state of Louisiana, and any recognition of a same-sex filing status in Louisiana as promulgated in [the new Internal Revenue Service rule] would be a clear violation of Louisiana’s Constitution,” Revenue Secretary Tim Barfield said in a press release on September 16.

On August 30, the Internal Revenue Service and the Treasury Department declared that all married gay couples would be recognized for federal tax purposes.