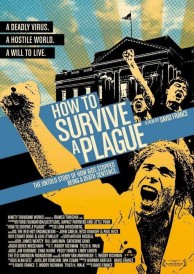 The LGBT fall film calendar gets off to an exciting start with the release of “How to Survive A Plague” on Sept. 28.

The inspirational documentary by first–time filmmaker David France tells the story of two coalitions — ACT UP (the AIDS Coalition to Unleash Power) and TAG (the Treatment Action Group) — and how they changed medical and political history. France, a journalist who has been covering the AIDS crisis for 30 years, draws on archival footage, much of it shot by the activists themselves, to tell the stories of the brave men and women who banded together to fight the plague.

The film examines how they saved the lives of millions of people by battling apathetic government bureaucrats and politicians, developing shocking outreach strategies to spur a complacent media into action, exposing greedy pharmaceutical companies and educating a scared and ignorant populace.