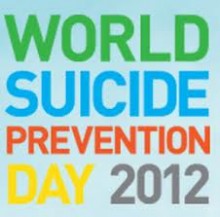 A new strategy unveiled Monday aimed at reducing the suicide rate in the United States includes a section on the rate of suicide for LGBT people — saying they may be particularly at risk because of “minority stress” and “institutional discrimination” resulting from anti-gay laws on the books.

The strategy details multiple goals for reducing suicide, such as integrating suicide prevention into health care policies and changing the way the public talks about suicide and suicide prevention. In addition to veterans, the study identifies particular groups that may face a higher suicide rate, such as individuals with mental and substance abuse disorders, individuals in justice or child welfare settings and LGBT people.