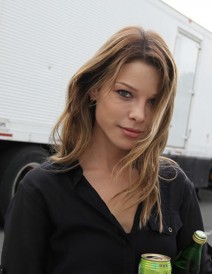 Summer may be over, but the good news is fall TV is back! So many of our favorite shows are returning, so many new shows are premiering, and this season we are lucky enough to have several lesbian and bisexual women on our televisions. We’re major characters on primetime networks, hosting our own talk shows, and competing on reality series. We range from age 17 into our, ahem, later years and prove that lesbian characters can be developed wholly and out actresses can play it straight for a role. We’re white, Indian, Latina, black, feminine, masculine, punk, professional, moms, partnered, single, nerdy, hip, serious, hilarious or certifiably crazy.