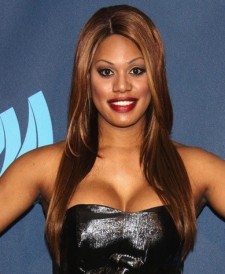 
OUT magazine is slowly rolling out their annual list of 100 influential lesbian, gay, bisexual and transgender (LGBT) icons, known as the OUT 100 — and already there are a number of familiar faces among this year’s ranks. Laverne Cox, one LGBT icon who skyrocketed to fame this year, is slated to receive one of the listing’s biggest honors: the OUT 100 Readers’ Choice Award.

Cox, an actress and producer who has long been a tireless transgender activist, was especially visible this year thanks to her role on Netflix’s “Orange Is The New Black,” and her outspoken activism surrounding issues of transgender identity.

OUT is currently making the OUT 100 list public in increments of ten icons — head over to the magazine’s website to see which LGBT icons have been revealed so far.