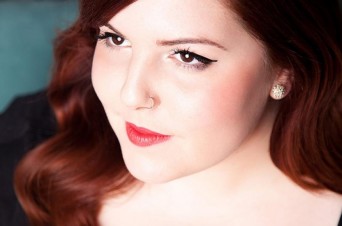 Mary Lambert announced that she will hit the road as a special guest (along with Andrew McMahon) on Gavin DeGraw and Matt Nathanson’s North American summer tour.

The Seattle-based singer-songwriter has been lighting up the airwaves at Adult Top 40 stations nationwide with her single “She Keeps Me Warm,” which has climbed into the Top 20 and continues to ascend. The track is featured on her debut EP, “Welcome To The Age Of My Body,” which was released in December and has earned her rave reviews. Lambert has performed “She Keeps Me Warm” on “Good Morning America,” “The Tonight Show with Jay Leno,” “The Queen Latifah Show” and Elvis Duran’s Morning Show on New York’s Z100.

In addition, Lambert was nominated for two 2014 Grammy Awards for “Song of the Year” and “Album of The Year” for writing and singing the hook on Macklemore & Ryan Lewis’ double-platinum-selling marriage equality anthem “Same Love.” She also made history by performing “Same Love” on the Grammy telecast with Macklemore, Lewis, and Madonna, while Queen Latifah memorably married 33 couples.

Inspired by confessional folk singers as well as spoken-word poets, Lambert is a fearless and candid writer, who empowers both herself and her listeners in her songs, which showcase her ethereal, lilting voice and soul-baring lyricism. She is currently at work on a debut full-length album, produced by Eric Rosse (Tori Amos, Sara Bareilles), which Capitol Records will release later this summer.

Lambert’s next appearance will be at The Dinah Shore Weekend on April 6. For tickets and additional show dates, click here.