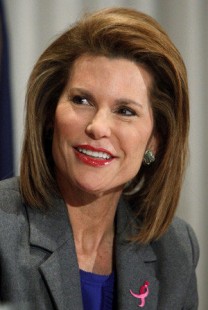 Susan G. Komen for the Cure announced Wednesday a new period of transition as it positions itself for the future in the ongoing global mission to end breast cancer. Komen Founder and CEO Nancy G. Brinker announced plans to move to a new management role focusing on revenue creation, strategy and global growth as chair of the Komen Board Executive Committee when the search for a new senior executive has been completed. At the same time, Komen President Liz Thompson announced plans to leave the organization in September.

Komen also announced that board members Brenda Lauderback and Linda Law, who have served on the Komen board since 2008 and 2009 respectively, are leaving the board of directors. Komen had previously announced plans to add a second Affiliate network representative to the Board of Directors in September; a process for nominating replacements for Ms. Law and Ms. Lauderback has begun.