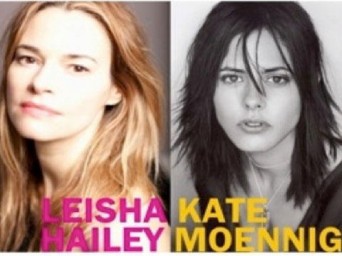 Club Skirts Dinah Shore Weekend, in association with SHOWTIME, is bringing back the magic of the hugely popular, groundbreaking lesbian drama, The L Word, with an exclusive “L Word” pool party during the legendary Dinah Shore Weekend in Palm Springs, California. Dinah attendees will have the once in a lifetime chance to take photos and get their favorite “L Word” memorabilia autographed by two of the most popular characters.

On Saturday, April 5, 2014, The L Word stars Leisha Hailey and Kate Moennig will, respectively, step back one more time into their famed Alice Pieszecki and Shane McCutcheon shoes for an exclusive meet and greet hosted from 2:30pm to 5:00pm at The Hilton Hotel. Fans will also be able to catch them on the red carpet at the Dinah’s “Black Party” held later on Saturday night at the Palm Springs Convention Center.