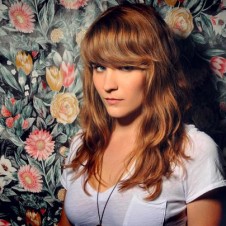 Folk singer Jenny Owen Youngs made two big announcements last week. Not only did she come out as gay, but she also revealed she is engaged to be married! Youngs, 31, came out of the closet Wednesday in a blog post on Everyone Is Gay, Towleroad reported. The New Jersey native, who refers to herself as “super gay,” said she didn’t want to come out because she doesn’t want “coming out to be a thing that anyone has to do.” She wishes sexual orientation was just something as unremarkable as hair color.

“Now tons of artists are out, casually out, and it’s totally fine,” she told Auto Straddle. “However I don’t think that we’re living in a beautiful utopia or anything — obviously some areas are more liberal than other areas of the planet but as far as the arts community is concerned, at least for musicians, there seems to be less of a stigma. I know of young musicians who are starting their careers now and they’re not in the closet, they don’t even discuss it, it’s just the way that it is. In an ideal world I’d love for nobody to ever make any sort of announcement.”