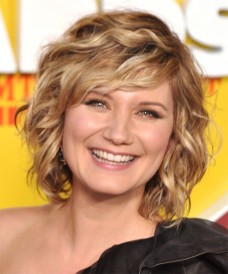 Lesbian rumors have followed Sugarland songstress Jennifer Nettles for some years, due in part to lyrics like “It’s crotch propaganda /Bat for both teams /and it’s me not choosing sides/ Standing in between.”

The 39-year-old country star opened up to PrideSource about the gay rumors — and the “On the Shoulders of Giants” lyrics — in an interview published Tuesday.