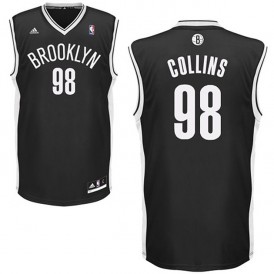 Within days of signing with the Brooklyn Nets — a move that made him the first openly gay active player in any of the four major North American sports leagues — Jason Collins has the best-selling jersey in the NBA online store.

Collins signed a 10-day contract with the Nets, a move General Manager Billy King said was necessary to bolster the team’s inside depth, and is wearing number 98 in honor of Matthew Shepard who died a victim of an anti-gay hate crime in 1998. Sales of Collin’s jersey have outpaced those of NBA superstars LeBron James, Kevin Durant and Blake Griffin since he joined the team last Sunday.

Collins, who has been out of the league since leaving the Washington Wizards in April 2013, previously wore number 98 during stints in both Washington and Boston.