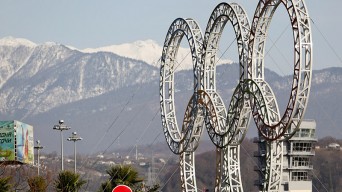 Russia will get a little bleaker this winter. After the Russian government said that LGBT athletes and spectators would not be exempt from their anti-LGBT laws, the International Olympic Committee has forbidden any LGBT advocacy at the upcoming Winter Olympics in Sochi.

Despite the IOC assuring athletes that they will be protected, the organization said it now violates the charter, specifically rule number fifty, as it states, “no kind of demonstration or political, religious or racial propaganda is permitted in any Olympic sites, venues or other areas.”

One Response to “IOC bans LGBT advocacy at Sochi Olympics”