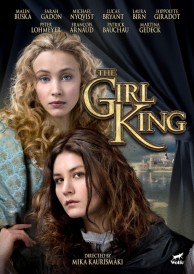 We spoke with ‘The Girl King’ star, Malin Buska and now we continue our coverage of the Finnish film. ‘The Girl King,’ stars Malin Buska as queer, gender bending, Queen Kristina and is directed by Mika Kaurismäki. I sat down with the accomplished director to discuss his vision for the film, the uniqueness of the rule-breaking Queen Kristina of Sweden and what he hopes audiences will take away from the film.

What was your vision for the film?

I tried to imagine the struggle for a young girl today trying to figure out what to do with her life. I tried to see Kristina as a young girl from that time today. I tried to make it very modern for today’s audiences.

This is a film about a genderqueer, lesbian/bisexual queen. But the screenplay was written by a man and also directed by one. Where were the women’s voices during the creative process?

It was a very long process. It took years. We had many script rewrites with many different perspectives. But this is the final one we went with.

We had great writers and the screenplay was very well researched. We tried to take a direct, modern approach. 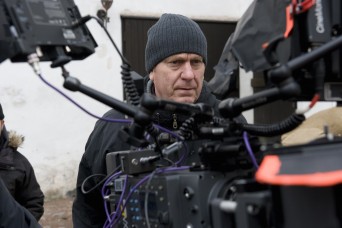 Director Mika Kaurismaki on the set of ‘The Girl King’

How did you choose what time period of her life to cover?

We chose to cover, in-depth, a ten year span of her life when the most controversial parts happened. We tried to cover the three main elements of her life- her father figure, her life after that and we kept coming back to these 10 years. Because so much happens. Kristina changed history and the country in general during this time.

Queen Kristina has been portrayed on the silver screen before, by Greta Garbo, who came to be a sex symbol for American queen women. How did you try to either distance your version of Kristina from Garbo or play off it?

Greta wanted to make a very different story from the one offered her [by Hollywood.] She wanted the love story with Sparre included. But Hollywood wasn’t ready for that type of romance at the time. I think she would like our version! 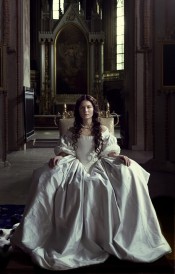 You are a very established director, many Americans are familiar with your work with Johnny Depp and Julie Delpy. How has ‘The Girl King’ differed from your work in the past?

It was a very different process. I had to be in Kristina’s head all the time. It’s hard to get into someone’s mind. It was also different because Kristina is an historical figure, we know quite a lot about her. When I was a child, I remember reading about her in history class and it resonated with me. She was exciting and a free spirit who challenged many things.

What do you hope audiences take away from the film?

I hope that they can see the parallels between that time and today. That so much has changed, but that young people are still trying to find themselves and their place in the world. I hope that young audiences see some of themselves in Kristina.

Watch The Girl King – premiering 12/8 on WolfeOnDemand.com and in limited release in theaters now!

*This interview has been lightly edited for length and clarity