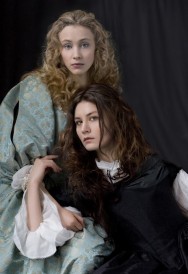 There has been much buzz around Finnish movie, ‘The Girl King.’ The movie is based on the life of the Swedish monarch Queen Kristina.  Queen Kristina’s life is a riveting subject for historians. She was raised as a prince of the time would have been- meaning that she was highly educated in the subjects needed to one day rule a kingdom. This set Kristina apart from her contemporaries- both male and female- and in ‘The Girl King’ posited as a reason she challenges gender stereotypes and even falls in love with a woman. I spoke with actress Malin Buska on what motivates Kristina and how her spirit can inspire young people today.

Thanks for taking the time to speak with me, Malin. Would you call ‘The Girl King’ a romance movie?

I would say it’s about a person that wants to live a free life. A person that is searching for a life that will allow for free will. Kristina was a woman before her time in many ways of thinking- before our time even. She was curious about life, she was a real free spirit. She wanted to educate people and make them more sophisticated. Art, science, philosophy – she was raised as a boy and had access to education in these subjects and then put on the throne.

How was playing the role of Queen Kristina challenging for you?

She was very controversial. “The man who chooses his own path needs no maps.” She refused to get married, abdicated the throne and converted. At the time, it would be as if one of [George W.] Bush’s daughters has gone over to Al Qaeda. That’s how shocking it was. 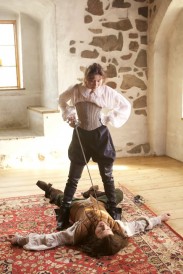 How did you prepare for the role?

My middle name is also Kristina so I feel like it was meant to be!

What is harder to play a lesbian character?

If you are a free spirit and follow your own truth, it doesn’t matter if [love] is with a guy or a girl. It’s a simple thing. But they even opened her grave to see if she had a homosexual gene! Kristina and Ebba Sparre had quite the love story. Kristina could never forget her.

Everything I do, I do as well as I can. It was not more difficult. I’m not into women myself, but it doesn’t really matter.

It was stressful. We had a very tight schedule and were working all the time. The production was 35 days. But the extras and the crew were fantastic. I enjoyed it. There were so many lovely moments behind the scenes.

What was your favorite behind the scenes moment?

Before filming I was isolated in a cottage. I did a lot of horseback riding and reflecting. It was a great thing to do. And when Mika [Mika Kaurismäki, the film’s director] came to get me, it was beautiful. 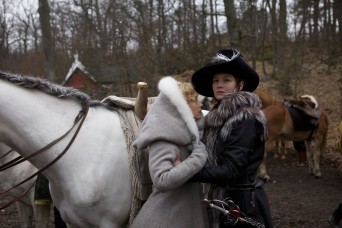 What do you want fans to take away from the film?

It’s important that we are filling our hearts and walking our own way. Carry your heart on your sleeve and be curious. These are all the things Kristina was fighting for and that we should all be fighting for.

Watch The Girl King – premiering 12/8 on WolfeOnDemand.com and in limited release in theaters now!

*This interview has been lightly edited for length and clarity