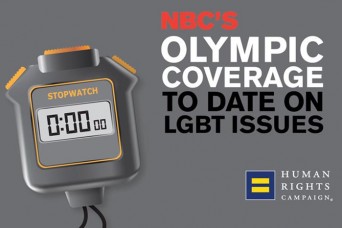 On February 5, the Human Rights Campaign announced that it will keep a running analysis of NBC’s coverage of Russia’s anti-LGBT activity during the 2014 Winter games in Sochi.

Over the course of the seventeen-day event, it is expected that the station, which has exclusive rights to air the events, will air about 1,500 hours of Olympics-related coverage; HRC plans to report daily on the time spent discussing Russia’s social and legal homophobia at HRC.org/Russia.