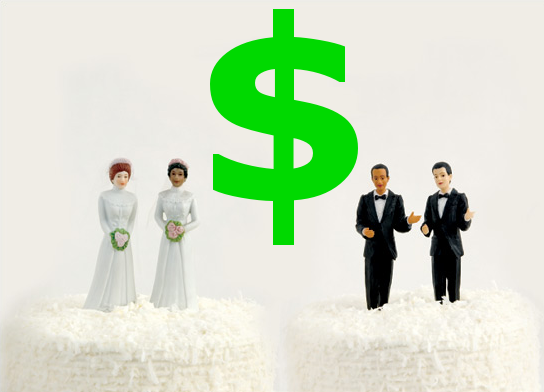 With last month’s defeat of DOMA and California Prop 8, a huge victory was won in the fight for marriage equality for all.  The mere thought of federal benefits for LGBT couples in states that recognize gay marriage makes me giddy.  This historic decision has a sweeping impact for couples in terms of inheritance, taxes, social security and thousands of other federal benefits for couples who are married and reside in a state that recognizes gay marriage.

For the majority of us, the death of DOMA has no immediate benefit financially.  While the victory is a game changer and moves us in the right direction, depending on what state you live in, the decision can feel more like being a guest at the party watching someone else eat cake. The decision created as many questions as it answered as there remain a lot of ifs/ands/buts at the state level and the guidelines for retroactive enforcement remain unclear.