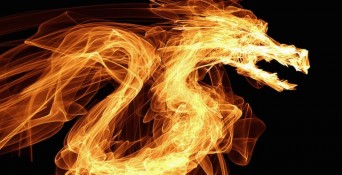 After leaving the carnival life behind, I joined my mother in the sweatbox of Phoenix. Free from her second husband, my mother settled into the city and began working a legitimate job managing a small apartment complex — no stripping, no dealing, no … other. I started attending a Catholic elementary school that was known for ensuring student safety via an army of nuns and a sky high metal fence. I was definitely a bit of a weird girl who always turned her work in first, kept to herself and was known to chatter on to a mouse figurine named Cheesecake. I might not have had friends, but I did have access to a pool and that kept me contented.

One day, my mother, a couple of her friends and I were on our way for ice cold sodas, cigarettes, booze or drugs — who knows. I was settled in the front seat on her friend Michelle’s lap. Mom was driving, pulling out of the complex parking lot just like she did on any given afternoon. One moment we’re living an average life in the constant heat of a regular Arizona day, and then the next moment, there’s a terrible jolt, an explosion of shattering glass, flashes of light, darkness, pain and shock. We had been struck by a motorcycle going over a hundred mph. Having been sitting on a lap and not wearing a seatbelt, my nine-year-old self went crashing into the windshield, shattering it entirely. I don’t recall what anyone else was doing, where they were or what was going on after the accident. All I remember is standing by the puddle of this young man, intensely concentrating on what he was saying about the Super Bowl. I wondered if he was in pain, how I could help and how he could possible still be alive and talking because his blood was spread across the road, absolutely everywhere and his pieces weren’t together any longer. Suddenly our neighbor John was by my side quietly ushering me away.

Two weeks later, we were sitting in our apartment. My mother, Michelle and Larry were talking intently across the short coffee table to each other. I wasn’t paying attention to their conversation as I was daydreaming about playing with my Barbie RV I just knew was wrapped and under the tree. The Mr. Christmas lights we had just trimmed our tree with twinkled to music programmed in the green box. And then it shorted out. Suddenly, the drying tree was engulfed in flames, then the ceiling and the walls. It looked like a raging ocean of fire. The adults ran to the apartment door only to find it vapor locked. I was frozen, paralyzed in the middle of the room. My head started to burn, hair seemingly evaporating. When the pain hit, I let out a scream that our neighbor John later described as the scream of death. With him on the outside of the door and us trapped inside, Larry ran and threw himself out the second story apartment window. With a big surge of fire, the vapor lock was broken and we all fell out to the balcony. My mother, during one of her most heroic acts, ran back inside to save the pets, even punching a fireman who was trying to prevent her return. She wasn’t going to let any soul die that day.

Our lives changed after those two weeks of chaos. My mom lost her job for “being bad luck” and went on to manage another complex in the city. This next job didn’t last long as she told me someone tried to kill her by trapping a deadly spider between the kitchen window and screen. For me, Phoenix was a weird, dramatic place. One I don’t care to return to, even though I’m sure a stay at the Hyatt, chilled drink in hand by the pool, would be nothing less than divine.

As I got older, I found I wanted nothing to do with driving. I’m confident most of this stemmed from the wreck. However, no matter how much I did not want to drive, I also knew I did not want to be crippled by fear. Throughout my youth, many people offered to teach me to drive, and one by one I turned them down. Finally, as a teenager in the Midwest, I signed up for a driver’s ed course. I didn’t do this to please a parent or to reduce future insurance rates. I did this because I knew what motivated me — grades. I’d learn and even excel if my grade depended on it. And, I knew that by the end of the class, whether I was still scared of driving or not, I would have the skill set needed to be an independent, functioning adult. There was a lot of the country and world to see and I didn’t want to be held back. All I had to do was find the right motivation. I still use this trick today, although my motivation often comes in the form of travel or chocolate.

Fire is a different matter. I still wake up in the middle of the night with the smell of smoke in my nostrils. I often pull my tired self out of bed to obsessively check ovens, heaters and depending on the season, Christmas lights. I prefer flameless candles to real and even have a fake woodstove that provides me with all of the charm I desire and none of the residual fear. Needless to say, I never became a smoker. And all of this is okay for me. Until there’s a very good reason I have to use matches and flames for survival or incredible life enhancement, I’m happy to enjoy my substitutions.

I’m damn well not going to let fear dictate what I do and don’t do. But, here’s the thing, I’m not going throw myself into every uncomfortable situation that arises. I have nothing to prove to anyone. My goal is simple, to live my life to the fullest and on my terms. What that means to me evolves as I evolve. I believe we sometimes think we must do or have things because that’s what others do or have. But you know what? That’s not the case. A lot of people may try to define success for us, but at the end of the day, their definitions don’t matter. Your pursuit of happiness is your own. Period.

What is your definition of success? I’d love to hear!